I stumbled upon a book called, Football by the Numbers, 1986 when I was growing up that changed how I look at the game.  It made an excellent argument that Total Offense and Total Defense were not the best statistics for determining which Offense or Defense was actually the best.  The authors, George Ignatin and Allen Berra, determined that an Interception was worth -50 yards in field position and a Fumble was worth -40 yards (Int's are worth more since they are usually returned back for more yards than Fumbles).  They took Total Offense/Defense minus the 50 yards for each Interception and minus 40 yards for each Fumble, and then divided that by the Number of Plays.  This gave the value of Adjusted Yards per Play. 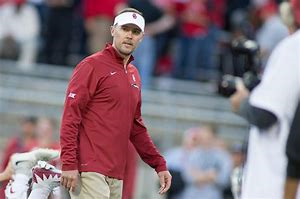 Here are the rankings for 2018 Adjusted Yards Per Play for Offense: 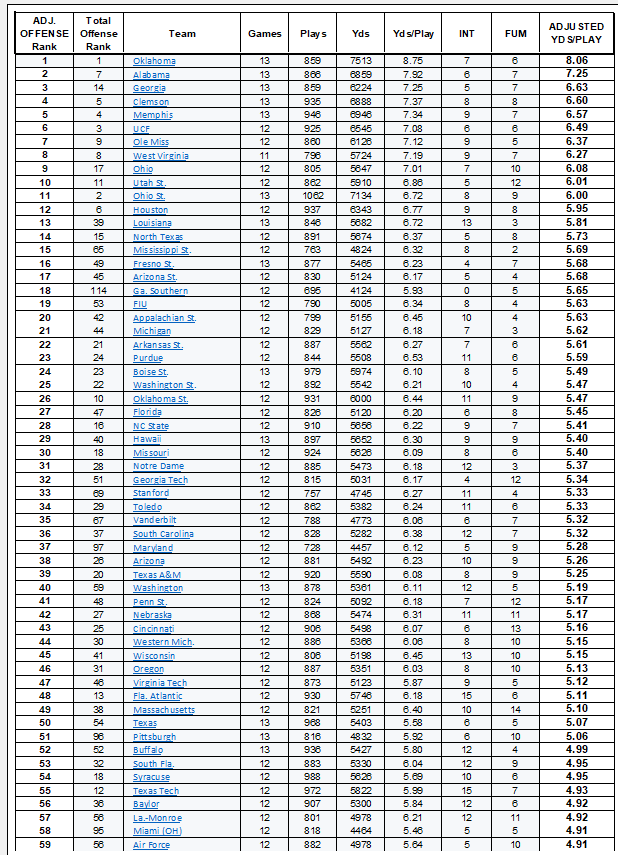 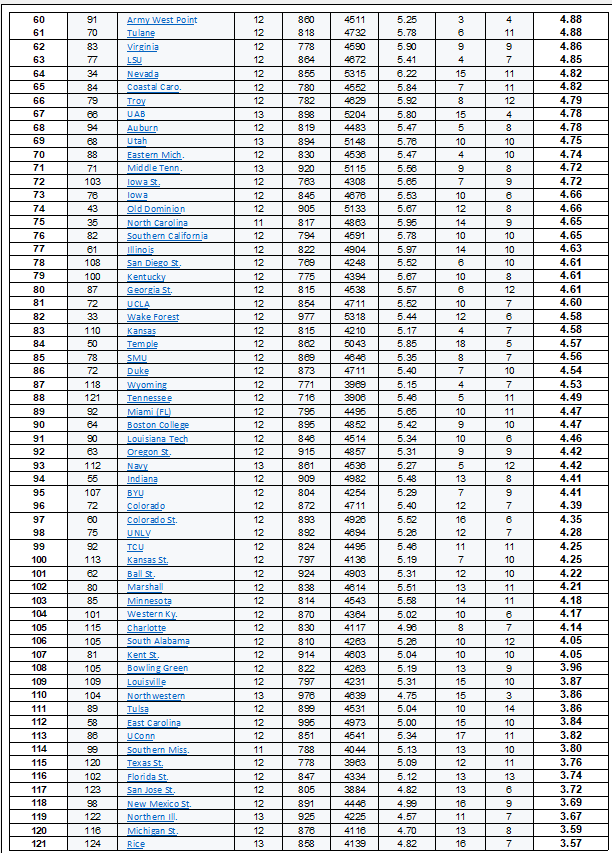 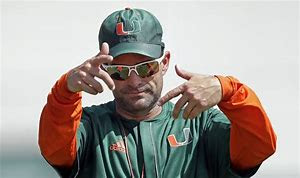 Here are the Defensive Rankings: 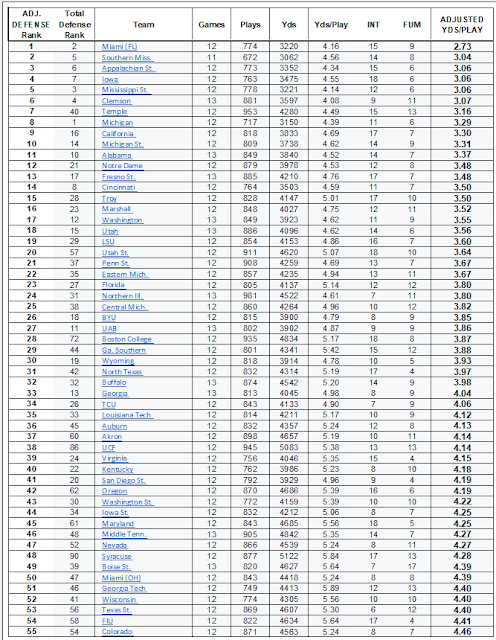 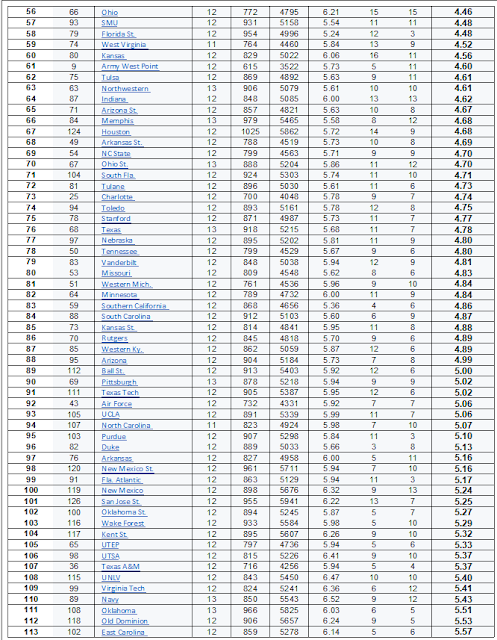 Next, let's take a look at which Offenses were the most Underrated once you factor in Turnovers and number of snaps: 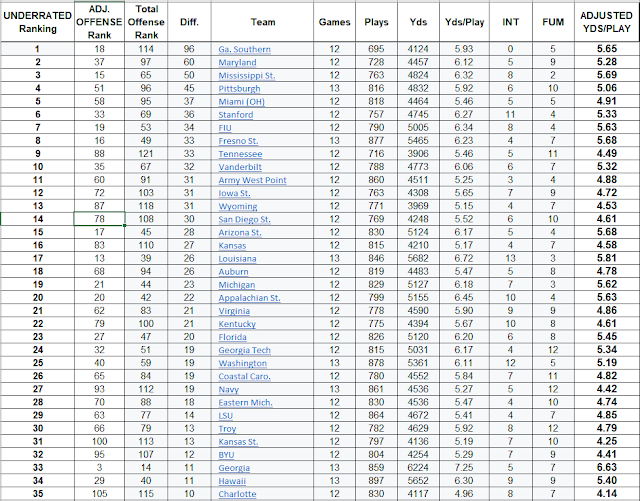 The 2018 Georgia Southern Offense did an amazing job of protecting the football with only 5 Turnovers.  The difference between their Total Offense ranking of #114 and Adjusted Yards/Play of #18 is night and day, and a big reason for their 9-3 record. 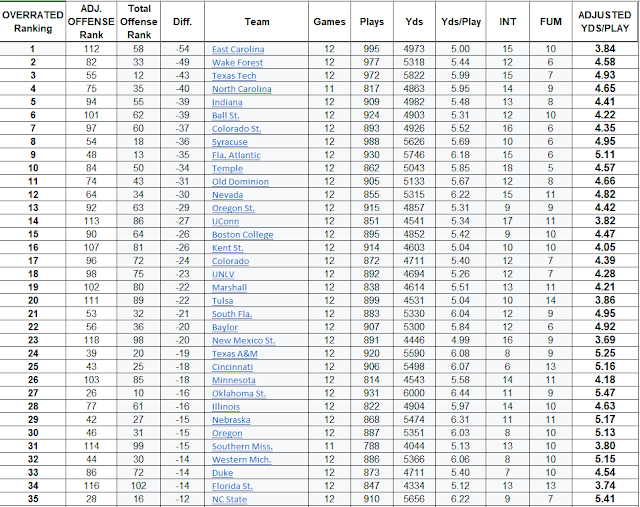 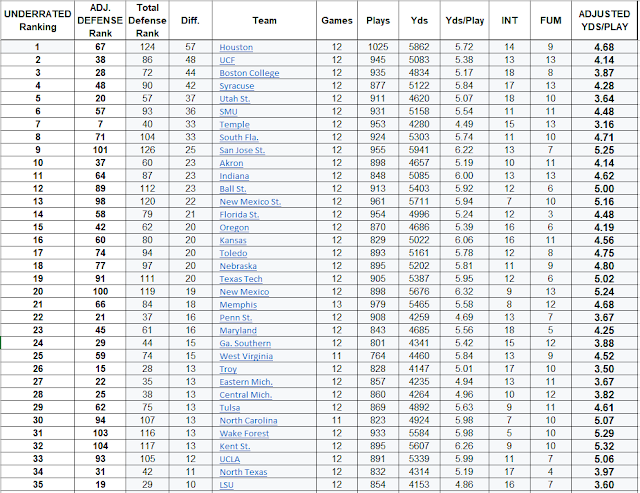 Mark D'Onfrio had the tall task of following Todd Orlando at Houston and he unfortunately lost his job after the season.  However, the 2018 Houston Defense that seemed awful could be more precisely be classified as average when you factor in Takeaways and number of snaps.  You are going to give up yards on Defense in today's game, but getting Takeaways and forcing negative yardage plays to get stops are more important than yardage.  Brophy had a great article on this five years back that was spot on: New Metrics for Today's Defenses. 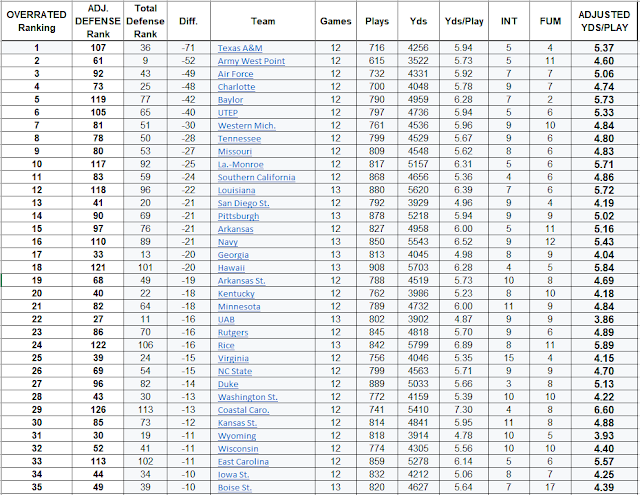 Texas A&M did a good job of not allowing many yards but they did not cause many Takeaways, which is why they fall into the overrated category.  Army is another story.  Their Offense does a good job of controlling the ball and keeping other teams off the field, which helps to limit yardage and helps them to attain a #9 ranking in Total Defense.  They are slightly below average in Takeaways with 16 (average is 18--10 Int's and 8 Fumbles), so that isn't too much of a factor.  The problem is that they are only the 70th ranked Defense in regular Yds/Play.  Obviously, they are doing a great job when you factor in talent and when you look at what they did to Oklahoma and holding them to 21 points in regulation play.