I did a previous post on just Bill Belichick's outstanding portion of this clinic but here are my notes from the entire clinic, including Urban Meyer, Jon Gruden, and passing game notes from Scot Loeffler.


Also, I wanted to include the notes from the clinic shared by the late Craig Howard, who was a great coaching influence on my career.  Coach Howard was Tim Tebow's high school coach at Nease HS where he won a state championship in 2005.  He also won the NAIA National Championship in 2014 as the Head Coach at Southern Oregon.  Coach Howard was gracious enough to help me out as a young coach and I will always be grateful for everything he shared with me.  Much of my Football Program Manual includes his quotes and wisdom. 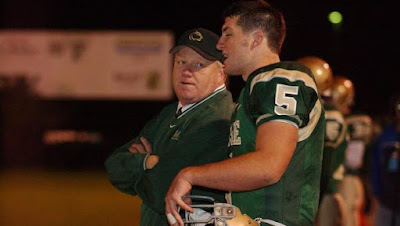 “If you are spending all your time as a Head Football coach handling DISCIPLINE ISSUES you are not going to win.   You must have great discipline and great leadership if you want to win.”
Coach Belichick

HC -- Spend quality time in TEAM MEETINGS to get players on the same page and cover the things that WE HAVE TO DO IN ORDER TO WIN THE GAME.

“What do we have to do to win?”  Everybody MUST have an understanding of how they have to DO THEIR JOB and do it well……..DO YOUR JOB.
We have to put the team first.
But it is crucial that each player understand his role and DOES HIS JOB TO THE BEST OF HIS ABILITY.

Point out the things our opponent is doing on special teams.
In the Kicking there are two critical elements that determine your success.
1)      How you Handle the Ball……DO NOT MISHANDLE THE BALL.
2)      DO not commit a penalty.

Games are LOST because of mishandling the football.
Punt Returns – not catching the ball, lost yardage, dropping the ball resulting in a TURNOVER
Punts and Field Goal units – bad snaps will kill you.
KOR – not fielding the ball, WE MUST FIELD ALL KICKS.

No STUPID PENALTIES - It’s about Discipline and Judgment.  Make good decisions.
Players must understand WHAT WILL & WILL NOT be tolerated
ü  Running in the Kicker
ü  Blocking behind the Ball Carrier when he has broke away and you are trailing the play.
ü  Grabbing or holding because you are lazy
Handling the ball and not committing penalties is the key to a solid kicking game.

Center/Quarterback Exchange – must never be taken for granted; work on it daily, work on it in the off-season. If the Patriots ever have an exchange problem in practice, it is a given, NO QUESTIONS ASKED, Tom Brady and his center go the goal line after practice and snap the ball and sprint to the other goal line, line up snap the ball, sprint the other goal line. (for 10-15 minutes).  If we only fumble ONE in practice.  Emphasizes the importance of the Center-QB exchange.

We get one chance a week to perform at our OPTIMUM LEVEL.

I Expect and Demand that we do our BEST!

Each week we need to IDENTIFY “what you need to do this week to win”
Make sure the players KNOW and UNDERSTAND what we need to do to win and then
EXPECT them to go out there and do it.

Have a plan for every situation.  Football is a game of SITUATIONS. Prepare on a daily basis for those situations:
Down and Distance Situations  P-10, 3rd & 10, 3-1, 4th and inches, etc,
Field Position Situations – Red Zone, Goal line, Backed Up, Middle of Field, etc.
Game Time Situations – First Drive of each Half, 4 minute Offense, 2 minute Offense/Defense
Last play of Half, Last Play of Game
Kicking Game Situations – i.e. Downing the Ball inside the 10 yard line, +50 yard line punting, Punting out of  end zone, Kick-off after safety, etc

*Coach Belichick has an Anything Can Happen Category – expect the unexpected, have a plan for unusual situations that occur during the course of a game or season.

INSIDE-OUT THEORY
Football is a game that starts inside-out.  Offense/Defense/Kicking game
Field Goal Pro – Protect from the inside out.
Field Goal Block – starts inside so that you can come off the edge.

If everybody DOES THEIR JOB and executes the GAME PLAN, we will win.
“Our players try to do what we ask them to do” Coach Belichick

Patriot’s Plan for Defending the Run

PASS RUSH and PASS COVERAGE all need to be tied together.

“We had better being doing it the way we have coached it.”
Coach Belichick

We teach our players specifically how we want them to run the ball.  We teach our quarterback,”here’s how we expect you to pass it.  When you carry the ball for our team you carry the fortunes of everyone in the New England Patriot’s organization.  We cannot operate a football team when we don’t know what is going to happen to the ball when we give it to a given player.

Ball Security is #1
We must Protect the football.
QB’s awareness of Ball Security – he must keep 2 hands on the ball until just prior to delivery, you never know when you are going to get hit from the backside.

We must Protect the quarterback.  In the passing game, never let the defender inside. Block them from the inside-out.  When they penetrate inside, we’re dead. There is no passing game. There is no chance to throw the football.  We must allow our QB to step up into the pocket to throw to his receivers.

The receiver’s job is two things:

If the receiver can’t get open or can’t catch the ball there is no passing game.  It doesn’t matter how fast he is, how tall he is, whether he was a Parade All American or not.  I don’t care.  I care that he can get open and catch the football.  Anybody can run routes and not get open.  Anybody can drop the ball.  It’s simple….GET OPEN AND CATCH THE BALL.

Have a Plan for Critical Situations

Last Play of the Game – Where should all the receiver be…..in the end zone.

No Penetration on the LOS
Stopping penetration is a fundamental part of the running game.  Who is controlling the LOS, us or them?  Once they penetrate the LOS, the back is running for his life.

Passing in the Red Zone
Because we see so much zone in the Red Zone we utilize a lot of SPACING concepts. Spread the receivers out in the end zone to create spacing.

Our QB’s must EXEPCT the UNEXPECTED….We have a definite plan for those situations.   It is not left to chance.
When I meet with the QB’s each week one of things I talk about what we are going to do when something unexpected happens.   For example, primary receiver falls down, the receiver runs the wrong route, a bad gun snap, the RB goes the wrong way, somebody comes free unblocked on pass rush.  These are the plays the winning QB has to make!!
The Plan
1)   Don’t lose the ball
2)   Don’t lose your poise…Do not panic.
3)  Get rid of the ball.
4)  Secure the ball and try to get positive yardage.

Gave example of Tom Brady in Super Bowl…critical situation on goal line – TE is primary receiver. He slips and falls down,  #2 receiver is bracketed…Brady throws a TD to 3rd progression on a throw that only the wide receiver could  catch. 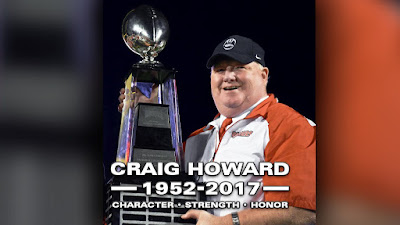 Thanks again, Coach.
Posted by Coach Hoover at 12:38 PM