I am a bit limited this year with going to clinics, so I am going back through some of my old clinic notes.  Bill Belichick is the best presenter that I have ever had the chance to hear at a clinic, so I wanted to share these notes.  He shared a lot of good, sound fundamental ideas on Offense, Defense, and Special Teams.

Urban Meyer intro: “The New England Patriots are the least penalized team in the league.  Their formula for success is simple but difficult: Talent, Discipline, and Leadership.” 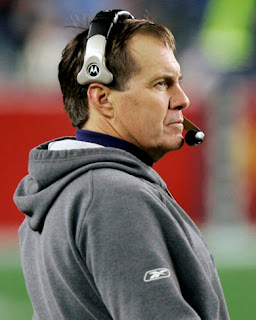 XPt FG Block – it all starts inside.  Get good rush up the middle to open up outside rush.

Pass Defense – must collision WRs so they don’t just run down field uncontested.

Run Defense – set the edge – turn the ball back inside toward pursuit.
Pass Rush – worst place to be is behind the QB.

Pass Pro – never let your man beat you inside.

OL – if uncovered with no rusher – find someone to hit and “clean out the pocket” to give QB better vision.

WR – only cares about two things in the passing game:
1.  Get open
2.  Catch the ball

Running Game – starts with no penetration.

Bad Situations - expect them – expect the worst and prepare for it.
1.  Don’t turnover the ball.
2.  Throw the ball away – either the WR catches it or nobody catches it.
3.  Make positive yardage if you can.

Trick play – if he works all week on play, it better get more than 3 yards.


Check out out these NFL Matchup cut-ups before the Super Bowl: http://footballpressbox.blogspot.com/

Deuce is taking the Defending the Option series and expanding on it.  Be sure to check it out: http://footballislifeblog.blogspot.com/
Posted by Coach Hoover at 10:09 AM