8-2-1 Kickoff Return: The Bandwagon is Growing!

Great article here by former Dolphins and Jets Special Teams Coordinator Mike Westoff on SI's MMQB  talking about his idea of a 8-2-1 Kickoff Return.  Duece from the Football is Life blog was the first one to come up with the radical idea of the 8-2-1 Kickoff Return and I did an article on the 8-2-1 Kickoff Return here back in February proposing it as a solution to the NFL's safety problem.  This idea that was initially dismissed as a gimmick is now starting to gain serious consideration as a viable solution to the NFL's safety problem as well as a way to restore the importance of the kickoff return in professional football.

Check out the 8-2-1 diagram from the article by Westoff: 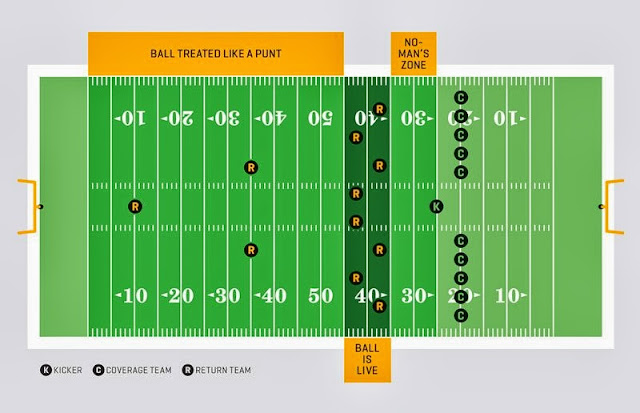 Here is the 8-2-1 Kickoff Return by Duece with the high school kickoff line at the 40: 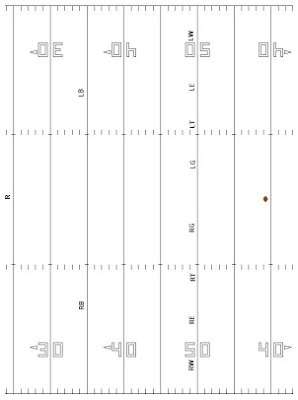 Westoff proposed to move the kickoff line from the 35 to the 25-yard line because touchbacks, although they are reducing the number of high-speed collisions to make the NFL a little bit safer, are boring and are a detriment to our great sport.  The 8-2-1 Kickoff Return allows you to keep the excitement of the kick return plus it reduces the number of high-speed collisions with the eight men in the front able to execute their blocks by "covering" their man much like a defensive back would cover a wide receiver.  Essentially the kickoff return will look more like a punt return.

Peter King said in this week's Monday Morning Quarterback that, "whoever advances this cause will have to have some proof or logic that it won't get more players hurt."  The logic is this: aligning players closer to one another reduces the speed and force of the collisions.  Force equals mass times velocity, and reducing the velocity of the players by shortening the distance between the players will also reduce the force of the collisions.  Good coaches have already put this concept into practice by having players in close proximity to one another when doing tackling drills.  This minimizes the force of the collisions and reduces the number of practice injuries while still allowing you to practice proper tackling technique.

Besides the safety advantage, the 8-2-1 allows for better production with more yards per return due to less whiffs and easier blocks than the standard kick return.  Most people use some form of the 8-2-1 for "Hands" team when expecting an onsides kick, but post a reply or send an email if you have made regular use of the 8-2-1 this season.  Now that people like Mike Westoff and Peter King are on board, I look forward to seeing the 8-2-1 Kickoff Return becoming an important part of the future of our sport.
Posted by Coach Hoover at 1:57 PM