New Texas Co-Offensive Coordinator Bryan Harsin is bringing hope, optimism, and the Boise St. playbook with him to the Longhorn state.  The Boise St. offenses under Head Coach Chris Peterson and OC/QB Coach Bryan Harsin utilized a sophisticated shift and motion package considered to be best in college football.  This offense is pro-style and similar to what the NFL guys run, but with a bit more creativity and certainly a flair for the dramatic.  The Boise St. offenses that Harsin presided over the past five years were very balanced, twice averaging more than 200 yards per game rushing and passing, to go along with a 61-5 record from 2006-2010.

Many defenses line up based up on the strength of the offense and the use of shifts and motions causes defenses to have to adjust quickly and align correctly to not be out-leveraged.  Harsin will be able to run the same plays from different looks, making it tough for opponents, but easy for his guys on offense (similar to Manny Diaz's Fire Zone philosophy). 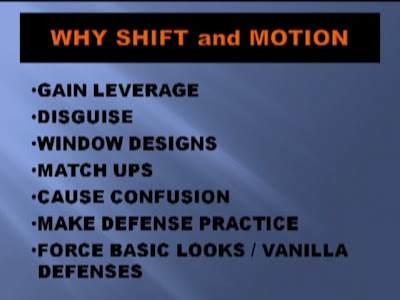 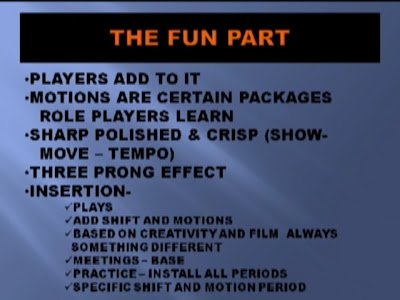 This video shows a few of the shifts and motions from Harsin's offense:

Boise St. Shifts and Motions from Barry Hoover on Vimeo.


Great article here by Mike Kuchar on Smart Football that gets into more details on the subject:
Breaking Down Boise: How the Broncos Use Leverage, Numbers, and Grass to Gash the Opposition
Posted by Coach Hoover at 8:11 PM